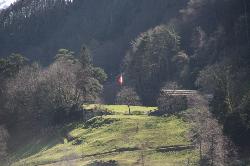 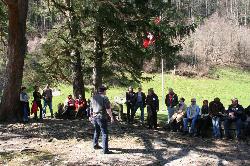 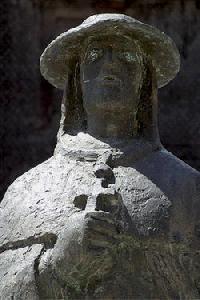 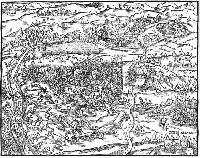 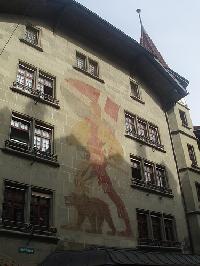 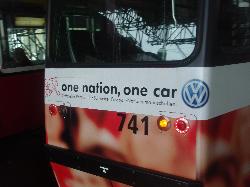 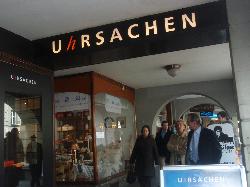 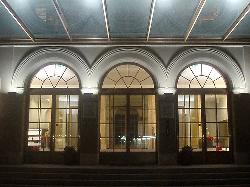 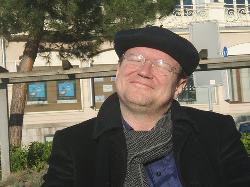 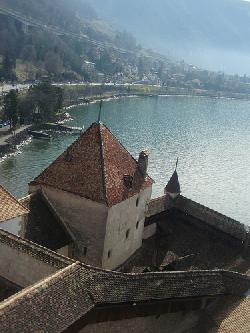 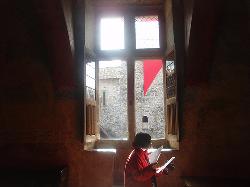 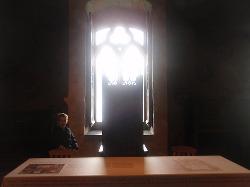 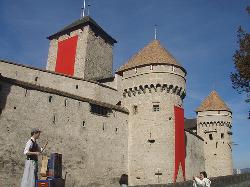 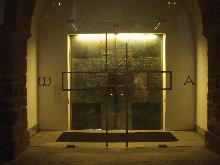 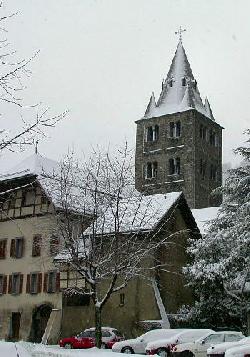 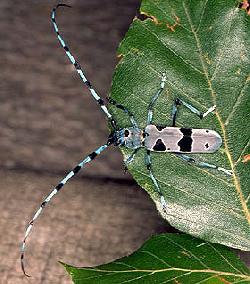 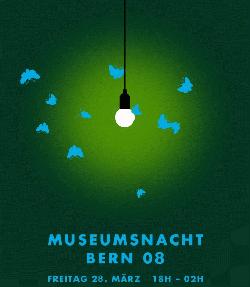 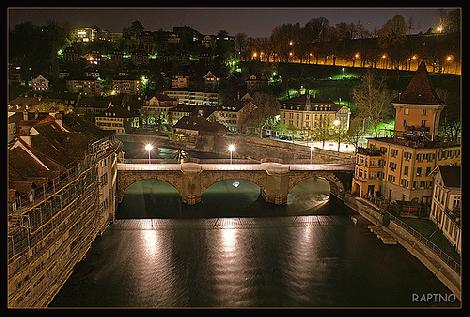 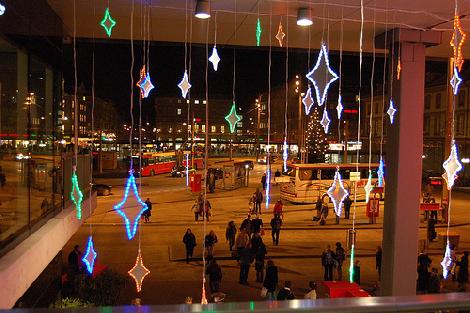 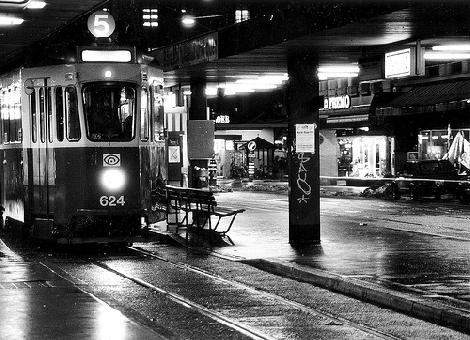 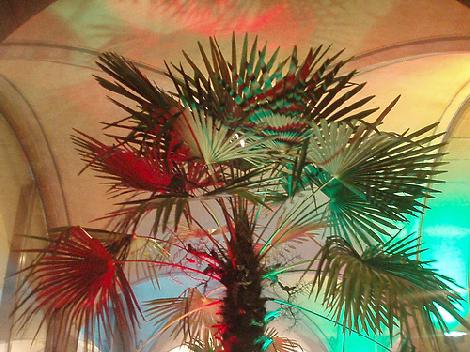 So here we are. Once a week, the Federal Council meets in this room and decides on policy, discusses international treaties and comments on parliamentary interventions. Here, the direction in which Switzerland is to go in the future is decided upon.

The first Federal Council of 1848 consisted of free democrats (Freisinnige). All seven members had the same ideology. In 1891, the first opposition member was integrated in the government by including a catholic-conservative member. Now, there were two parties in the government: today’s Free Democratic Party (FDP) and the Christian Popular Party (CVP). With the introduction of proportional representation, two new parties became important: the Social Democrats and today’s Swiss Popular Party (SVP). The conservative SVP was rapidly integrated in the government – for the SP, this step was more difficult.

Since 1959, all four partied have been represented in the Federal Council. In 1959, the three Christian Democrats in the Federal Council helped the SP to become a government party, however, they did this for their own reasons: they wanted to break the conservative majority of the three FDP and the one SVP members. For this, they surrendered one seat to the SP and helped it gain one more from the FDP. Thus the ‘magical formula’ was born: 2 FDP, 2 CVP, 1 SVP, 1 SP. This meant that the CVP had to become a kind of mediator between the positions of the parties to its left and right: The CVP voted with the FDP and SVP on financial and economic policy, but with the SP on social policy.

In 2003, the composition of government was changed for the first time since 1959. The ‘mediator’ CVP lost one of its seats to the SVP. From then on, SVP and FDP had a majority once more, the winners of 1959 were again in the minority. The magical formula had lost its magic. Instead, “arithmetic concordance” was the order of the day, where parties are represented in the government according to their share of votes.

At the end of 2007, a surprising decision was made in Switzerland regarding this formula: The distribution of seats remained the same as 2003, however, a former government member was replaced against his will and that of his party by another member of the same party: Christoph Blocher failed to be re-eclected and was replaced by Eveline Widmer-Schlumpf. The Green Party remains an opposition party. This certainly was a novelty, however, the majority of parliament interpreted this as in accordance with concordance. The minority and the SVP in particular, however, had a different opinion. The result of the Federal Council elections were interpreted as a breach of concordance. Hence, the SVP does not feel bound to the government, and decided to go into the opposition – despite having two Federal Councillors, which the SVP dismissed from the parliamentary faction, but not from the party. What this effectively means remains to be seen.

The idea of concordance in the federal government has two sources: WWII, and the development of Switzerland. Let’s start with the period between 1939 and 1945: during WWII, democracy in Switzerland was suspended. In 1939, elections were postponed, referendums not held. In 1943, the first elections were held again, and in 1947 the first popular rights were exercised – demanding a return to direct democracy.

The Federal Council then was against a re-establishment of a direct democratic system, it preferred a system of representative democracy with government and opposition. The people, however, did not let itself be disenfranchised. It voted for a return to direct democracy, and it strengthened the oppositional left-wing forces, supporting the introduction of new social-welfare institutions. Social democracy was born, and in 1959, the SP that had shared power during the war was formally included in the government. At the same time, female suffrage was rejected.

The culture of concordance that developed during the time of the foreign threat in WWII has almost vanished today. Female suffrage was finally realised in 1971. Women are now represented in all departments. Our chancellor is a woman, and our last president was a woman. Also, co-operation in the federal council has a different quality today. Consensus-seeking and –finding has become more difficult. For 10 years now, it is said that more and more votes take place, and coalitions are formed. Who loses, does not always stay silent, but instead makes the dissenting opinion public. The mass media rejoice, and we citizens know who supported what, and who didn’t. The Federal Council thus turned into a mini-parliament.

Governing has not become easier. 2003/2004, when a centre-right coalition dominated the government, the Federal Council and the parliament lost eight referendums in a row – a first in Switzerland’s democratic history. The effects were that the Federal Council has become more careful again in order to win in referendums.

The decisions of December 12, 2007, i.e. the Federal Council elections, have changed politics in Switzerland once more, and also the Swiss governmental system. The magical formula of 1959 died in 2003. Since then, we have had a formula for the composition of government that can be called arithmetic concordance. However, whether or not concordance can exist without binding, commonly recognised rules of the game, is uncertain. What is certain is that the pluri-cultural composition of the country and the system of popular rights still recommend a concordant future. It is also certain that the SVP’s double-crossing cannot continue indefinitely, it has to be resolved at some point from both sides.

This has something to do with the different cultures in Switzerland. Before the Reformation, the regional differences dominated. With the Reformation, the unity of urban and rural areas was split and exacerbated by the different creeds. After the French occupation, the linguistic cleavage was created. The French-speaking regions have become the carriers of internationally oriented modernism, while German-speaking Switzerland is torn apart between modernism and tradition. Class struggle at the end of the 19th and beginning of the 20th century led to the creation of ideological cleavages.

There have always been counter-movements to these conflicts seeking a balance between the regions, creeds, language regions and social classes. This made Switzerland stronger. They are the underlying reason for the culture of concordance. From the moment on when we did not only have a representative, but a direct democratic system, the need for concordance has become stronger. This is the lesson I want you to learn today.

Let me finish with the word of Friedrich Dürrenmatt, the Bernese playwright, who said to Vaclav Havel: Switzerland is a prison, but the advantage of being Swiss is that they are not only prisoners, but their own jailors!

Claude Longchamp, Historian/Town-Rambler of the Town of Berne
1.10.2007, Translation by Bianca Rousselot, PhD-Candidate 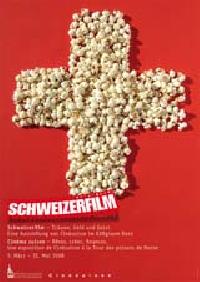 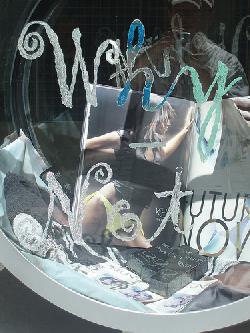 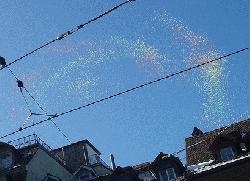 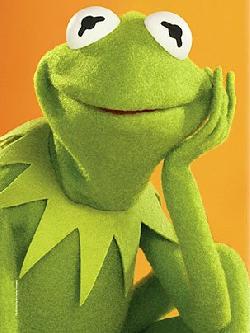